Starting from 1st January 2020, GST council has approved the introduction and start using the e-Invoicing or electronic invoicing to submit the Invoices and avoid the e-Way Bills. This is mainly for Business-to-Business invoices (B2B) and is not a mandatory one to begin with.

The GST Council approved the standard of e-invoice in its 37th meeting held on 20th Sept 2019 and the same along with schema has been published on GST portal. 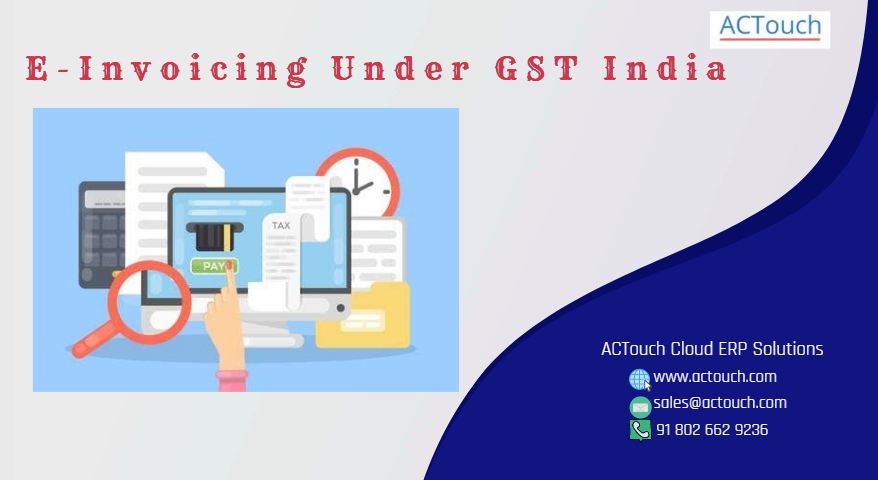 Why e-Invoice or Electronics Invoice?

It is an initiation from GSTN to simplify the GST return process and at the same time to help to avoid the following problems.  So few major focus and importance of this step are,

What is e-invoice / e-invoicing?

Lets get an understanding of what is e-Invoice or Electronic Invoices.

E-invoice does not mean generation of invoices from a central portal of tax department, as any such centralization will bring unnecessary restriction on the way trade is conducted.

In fact, taxpayers have different requirements and expectation, which can’t be met from one software generating e-invoices from a portal for the whole country.

Invoice generated by ACTouch.com software may look more or less same, however, they can’t be understood by another computer system like Tally Software, even though business users understand them fully.

Hence a need was felt to standardize the format in which electronic data of an Invoice will be shared with others to ensure there is interoperability of the data.

A new Invoice format is envisioned and this format is used to upload the same into GSTN portal. In Simple terms

E-invoice Under GST India covers the following documents that will be reported:

What is the current system in place of e-invoicing?

Many people think that e-invoice will be generated from government’s tax portal. This is not true and invoices will be continued to generate using your existing Accounting or a billing software, keeping in view the varied need of item master, buyer master, UQC etc. along with sub-second response from IR Portal (IRP).

So the customer needs to keep their ERP / Accounting software to generate the invoice with additional data to capture and submit. GSTN portal will not generate the e-Invoices for you. It is just uploaded with JSON data formats.

The Benefits of E-Invoicing (Electronic Invoicing)

How e-Invoice would help Business?

Seems the real need here is for Tax Department than the Business as the Business may need to invest and improve their current system to be aligned with the GSTN needs. One important factor is, e-Invoicing is not a mandatory one. Due to this, it helps Business to decide when and how to deploy.

How e-Invoice would help GSTN and Tax Departments?

The e-invoice system is implemented with two important areas namely,

GST Council has given the responsibility to design the standard of e-invoice and update the same from time to time to GSTN which is the custodian of Returns and invoices contained in the same. Adoption of e-invoice by GST System is not only part of Tax reform but also a Business reform as it make the e-invoices completely inter-operable eliminating transcription and other errors.

How to generate the GSTN e-Invoice?

The flow of the e-invoice generation, registration and receipt of confirmation can be logically divided into two major parts.

Part A to generate e-invoicing.

The first part being the interaction between the business (supplier in case of invoice) and the Invoice Registration Portal (IRP).

Part B to generate e-invoicing

The second part is the interaction between the IRP and the GST/E-Way Bill Systems and the Buyer. 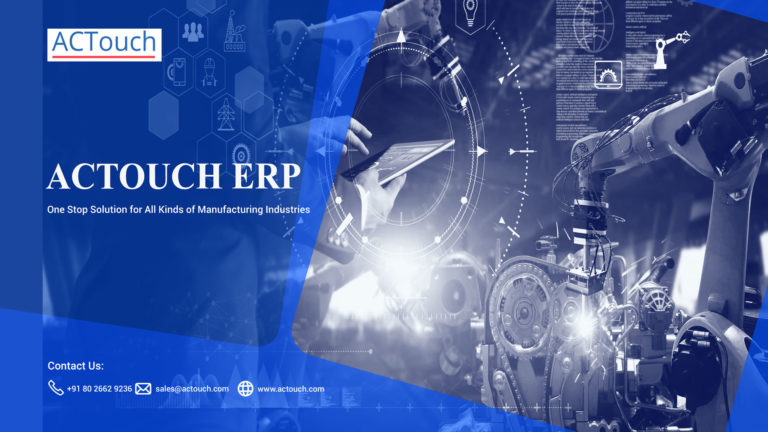 Demo Request
We hate spam and never share your details.
×